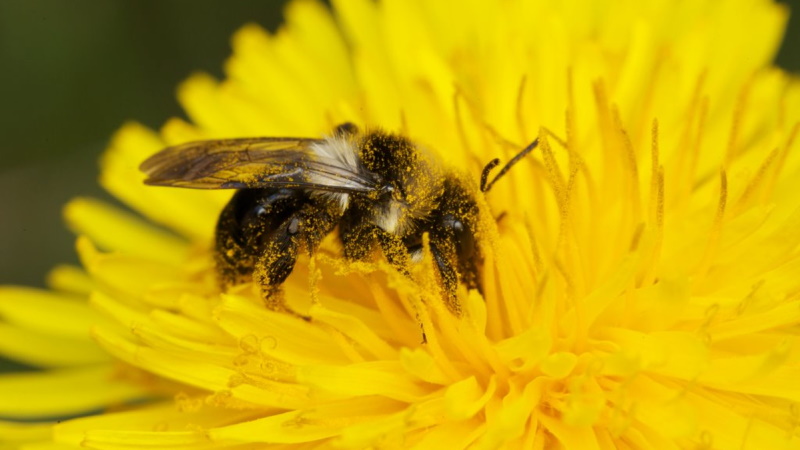 Celebrate World Honey Bee Day with us.  See bees like you’ve never seen them before in the PBS Nature documentary, My Garden of a Thousand Bees.

Locked down during the coronavirus pandemic, acclaimed wildlife filmmaker Martin Dohrn set out to record all the bee species in his tiny urban garden in Bristol, England. Filming with one-of-a-kind lenses he forged at his kitchen table, he catalogues more than 60 different species, from Britain’s largest bumblebees to scissor bees the size of mosquitoes. Over long months, Dohrn observes how differences in behavior set different species apart. He, eventually, gets so close to the bees he can identify individuals by sight, documenting life at their level as we have never seen it before.

After the film, there will be time for discussion.

We are pleased to offer this MyGarden of a Thousand Bees screening as part of the nationwide #PlantWildflowers campaign that highlights the critical role bees and other pollinators play in healthy ecosystems. In support of the film, My Garden of a Thousand Bees, HHMI Tangled Bank Studios and PBS Nature launched the #PlantWildflowers campaign to encourage communities.