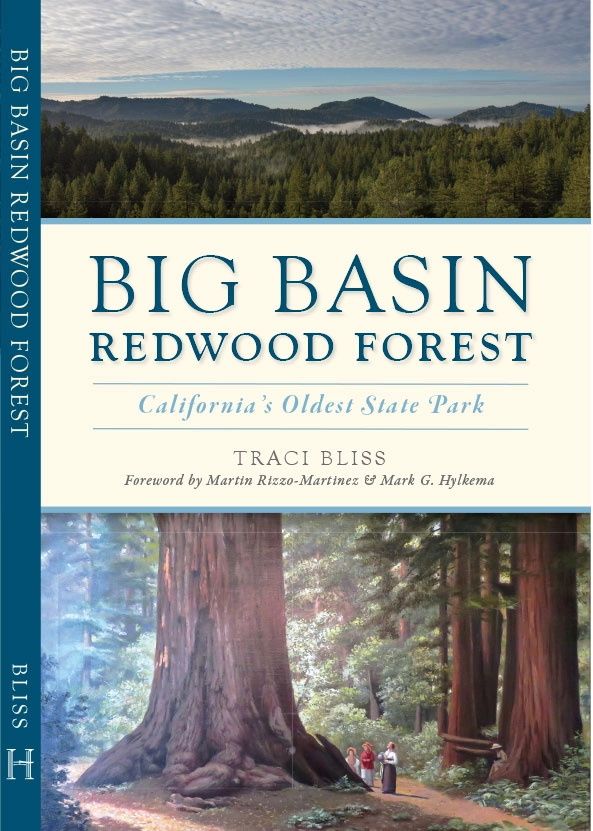 "The epic saga of Big Basin began in the late 1800s, when the surrounding communities saw their once “inexhaustible” redwood forests vanishing. Expanding railways demanded timber as they crisscrossed the nation, but the more redwoods that fell to the woodman’s axe, the greater the effects on the local climate.

California’s groundbreaking environmental movement attracted individuals from every walk of life. From the adopted son of a robber baron to a bohemian woman winemaker to a Jesuit priest, resilient campaigners produced an unparalleled model of citizen action. Join author Traci Bliss as she reveals the untold story of a herculean effort to preserve the ancient redwoods for future generations."

This is the description of the book's contents from the back jacket.  Come hear Dr. Bliss talk about her latest book about the history of California's oldest state park.

Emerita Professor Traci Bliss began her career in public policy at the California Energy Commission. She went on to become an award-winning education professor and state policy advisor to the National Board for Professional Teaching Standards. She holds BA, MA and PhD degrees from Stanford University and an MPA degree from the LBJ School, University of Texas, Austin. With this multidisciplinary lens, she captures the true story of Big Basin. Bliss’s ancestors, William T. and Jennie Bliss Jeter, were instrumental in saving Big Basin and in creating Santa Cruz County Big Trees Park, today’s Henry Cowell Redwoods State Park. She is a member of the Santa Cruz Historic Preservation Commission and a state park docent.

She has also written "Evergreen Cemetery of Santa Cruz", "Santa Cruz's Seabright", and "Redwood Logging and Conservation in the Santa Cruz Mountains: A Split History, " in collaboration with Randall Brown.