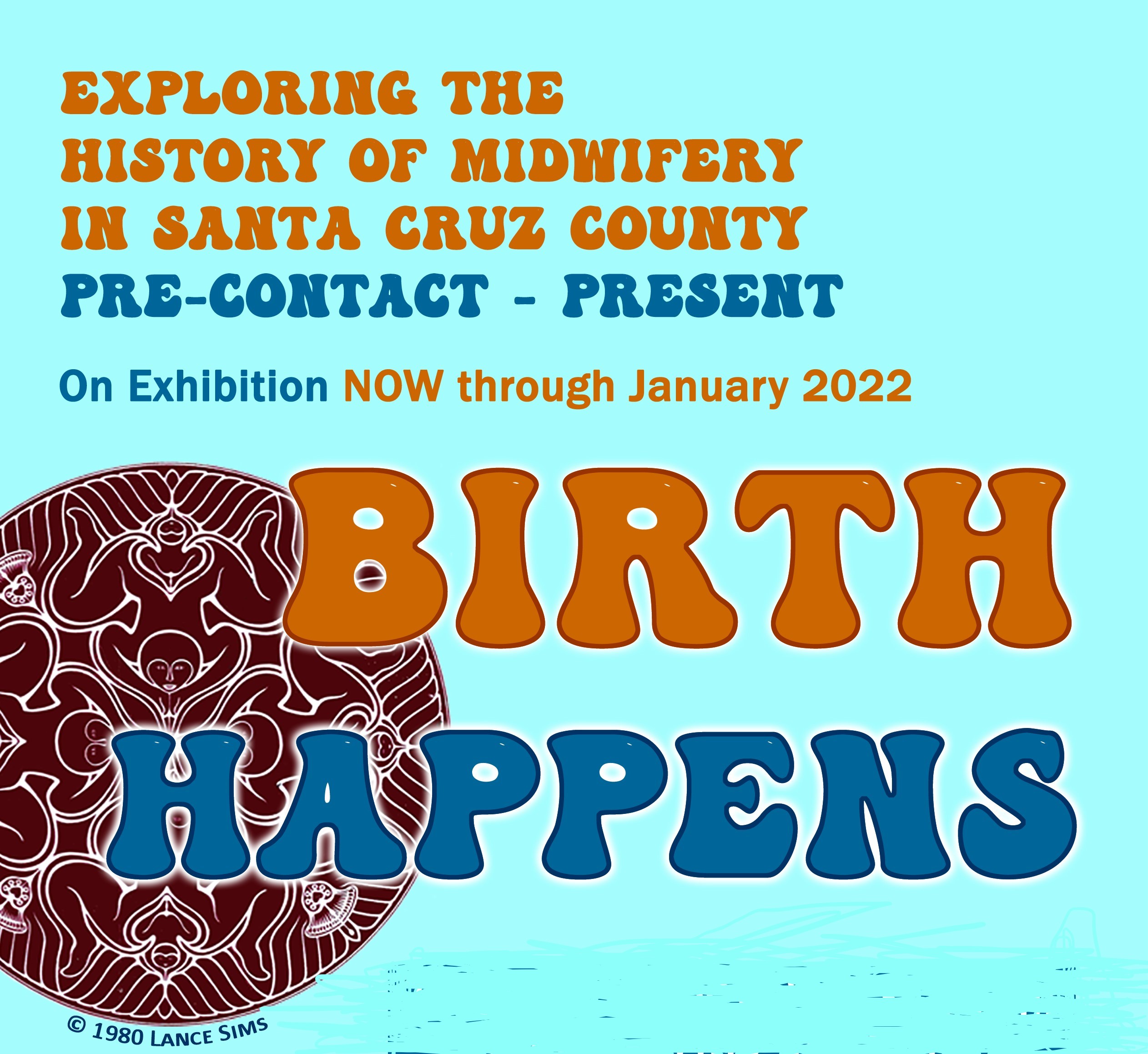 Please join moderator nurse-midwife Elizabeth Yznaga in conversation with home-birth mothers Estelle Fein and Carol Brendsel. Both women gave birth at home during the late 1960s, at a time when there were no legal home birth midwives.

Birth Happens is an exhibition celebrating the history of midwifery in at the San Lorenzo Valley Museum Faye G. Belardi Memorial Gallery in Felton.

Elizabeth Yznaga CNM-Ret, MSN, DNP developed her clinical expertise from a successful midwifery career (Certified Nurse Midwife) including hospital, birth center and teaching responsibilities. She pioneered several midwifery positions and enjoys nursing students at the in critical event simulations. Her calling to midwifery motivated her to make the hospital better for mothers and babies. As the first midwife establishing the 30-year-old midwifery practice at in , she delivered thousands of babies and fulfilled her calling.

Estelle Fein was born in , as a child of emigrants she was familiar with the old ways. She landed in Boulder Creek via , of , and . She lived on the edge Haight Asbury in 1965. Deeply affected by the foment of the times, she cut ties with her family, and the culture of the 1950s. She attended the mind-blowing experience of the Human B-In at in 1967. In 1969, Estelle and her husband moved to and opened a meta physical book shop off of . She gave birth at home in to her first child and moved to Boulder Creek guided by “SPIRIT” where she met Betsy Herbert. Through their daily talks, they investigated what it was really like to have babies and build community in primitive conditions. During Estella’s second pregnancy, she hung out at the Santa Cruz Birth center with Raven Lang, Kate Bowland, and Betsy. Betsy and Estelle investigated new forms of education, leading to the home school movement and charter school movement in the .

Carol Brendsel took a circuitous route to come to the in 1969. She has lived in and around with brief forays to , , , , and . Felton has been home for the last 11 years and like Dorothy said, “there’s no place like home.”

She trained as a nurse at a three year immersion program, , one of the oldest schools in the . She was sure that she never wanted to worked in obstetrics as practices of the 1960s were tortuous and cruel to mothers and babies. It was not until she had her own baby at home with a midwife in 1973 that she began to go to births attended by midwives. She is grateful for all the mothers and midwives who taught her invaluable skills.

She transferred these skills to the hospitals when in the early 80’s there seemed to be more midwives than there were people wanting homebirths. She respects always the woman’s right to choose when and where and who will attend her.