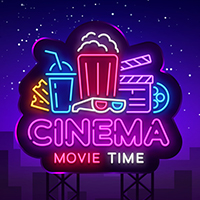 To honor the upcoming June statewide election as well as the mid-terms this fall, we will enjoy the documentary film, “Dark Money” shot as a political thriller about campaign finance. What happens when untraceable money infiltrates Montana politics?  This doc premiered at the Sundance Film Festival in 2018 and PBS aired it in its POV program. Locally, the Santa Cruz Film Festival chose it as the 2018 opening night feature. If you haven’t seen it, this is your chance! After the screening, you are welcome to share your thoughts and questions.