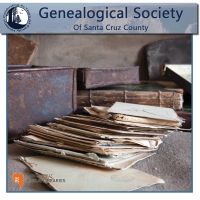 Genealogy Lecture: The Polish Connection Research, Planning, and Serendipity: Tracing the Origins of my Orphaned Mother

Guest Speaker Gary Nolan will discuss his efforts to recover the family history of his Polish immigrant ancestors. His maternal grandmother, Anastasia (Gemborys) Kolasa, died in April 1925 - seven days after the birth of her last child. Gary’s mother Helen Anastasia Kolasa was 5 years old when her mother died. She and her siblings were subsequently scattered to an orphanage, or to the homes of relatives or friends, because their father deserted his children. All knowledge of Helen’s Polish heritage died with her mother, and it remained hidden for almost 100 years.  This presentation is the story of how Gary put his family heritage back together, culminating with a trip to the home villages in Poland of Gary’s grandparents, where he met some of his long-lost cousins.

Please RSVP to staff@scgensoc.org. Everyone who RSVPs will be sent a link to the meeting.

Gary has had three careers: as an Intelligence Analyst for the U.S. Army in West Germany (1967-1970); in the Environmental Management Department for IBM in San Jose (1970-1993); and assisting small businesses’ compliance with environmental regulations for the County of Santa Clara (1993-2002). He retired for the final time in 2002 and now enjoys volunteering his time to help care for his grandchildren, working on his small family orchard in Corralitos, and writing about his family history discoveries. He is a member of GSSCC. Gary launched his Polish genealogical research in 2016, after attending a family reunion where he found out he knew more than his 27 1st cousins, but he wanted to
know more.