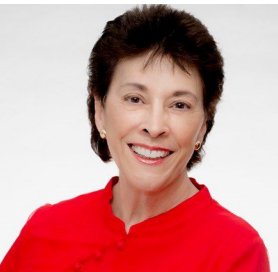 Cody's second book Climate Abandoned was published on Earth Day and is already ranked as an Amazon bestseller in three categories. Climate Abandoned brings together twenty-two scientists, environmental experts, millennials and faith leaders in a discussion of the hard truths, causes, and consequences of climate crisis. Along with the urgency of the issues we face, she offers guidance on specific actions you can take to protect the environment and move us off the endangered species list.

Rick Nolthenius, PhD is the head of the Astronomy Department at Cabrillo College. The subject of an entire chapter of her book, Rick will join Jill in the discussion. He earned his degree in astronomy and astrophysics after doctoral work at Stanford University and UCLA. He was a member of the Thermodynamics Group at General Dynamics in their space program in San Diego and performed thermal analysis and design for the Atlas/Centaur rocket missions and space satellites, and was thermal systems designer on their proposal for what became the International Space Station. His post-doctoral work involved galaxy clustering algorithms and comparisons between numerical cosmological simulations and real observations. He was a visiting researcher and lecturer at UC Santa Cruz, in the city in which he now resides. Since 2009, Rick’s focus has been on the science of climate change and its relation to political/economic systems. Read more at:www.climateabandoned.com. Please join us for this important and informative event.